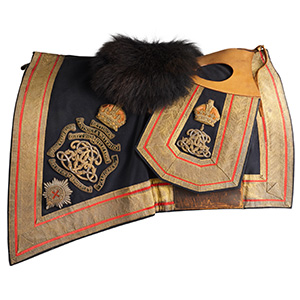 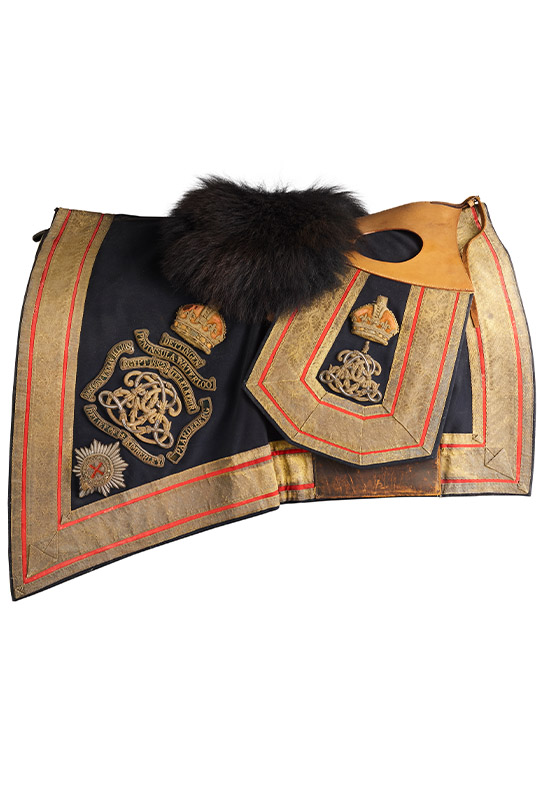 A horse saddlecloth of the Queen’s Own Oxfordshire Hussars, used for parades. This is the Army cavalry regiment which the young Winston Churchill joined at the start of his career. 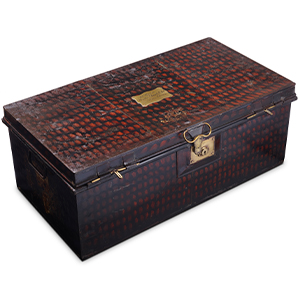 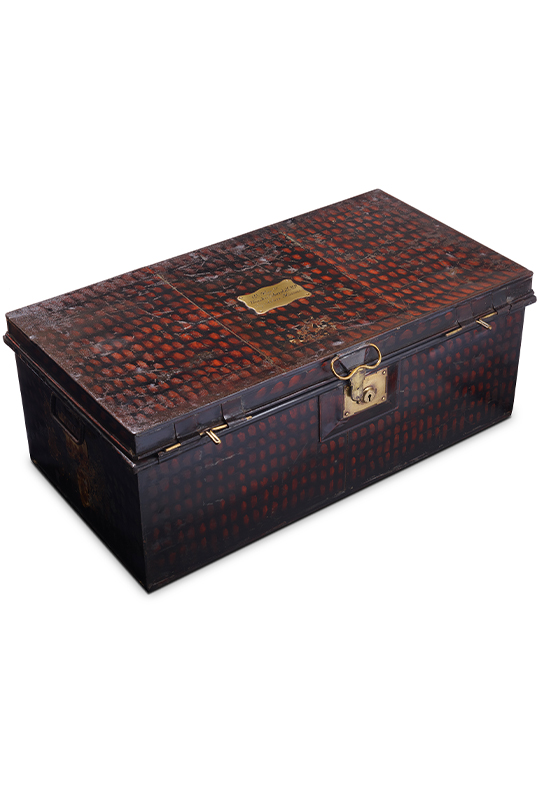 Winston Churchill’s military trunk. As a serving soldier, he stored his possessions in this. It has his initials ‘WSC’ on the lid, as well as those of his first regiment, the Queen’s Own Oxfordshire Hussars. 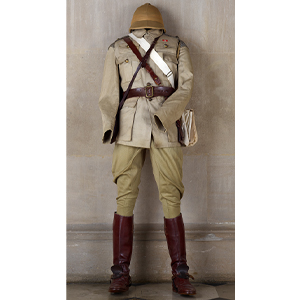 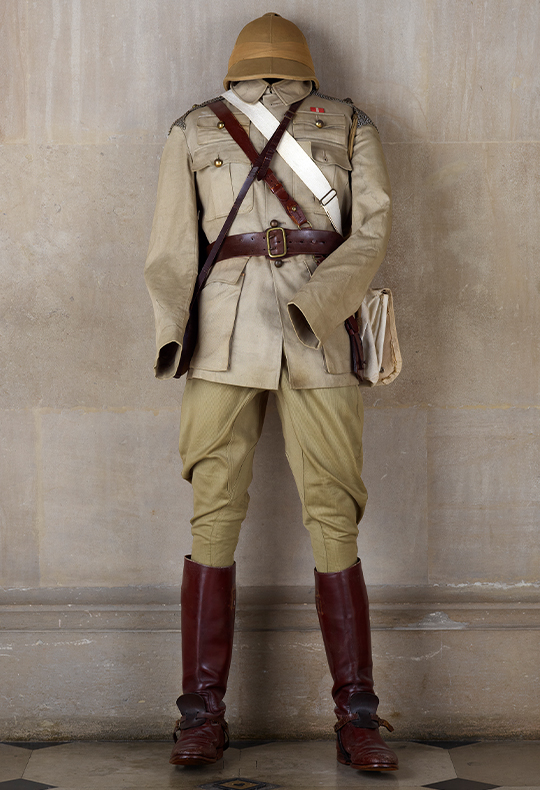 The uniform said to have been worn by Winston Churchill at the Battle of Omdurman, in the Sudan in Africa, in 1898. He was serving with the 21st Lancers cavalry regiment and took part in the last full cavalry charge made by the British Army. 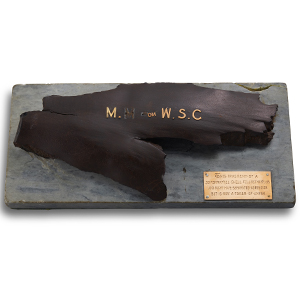 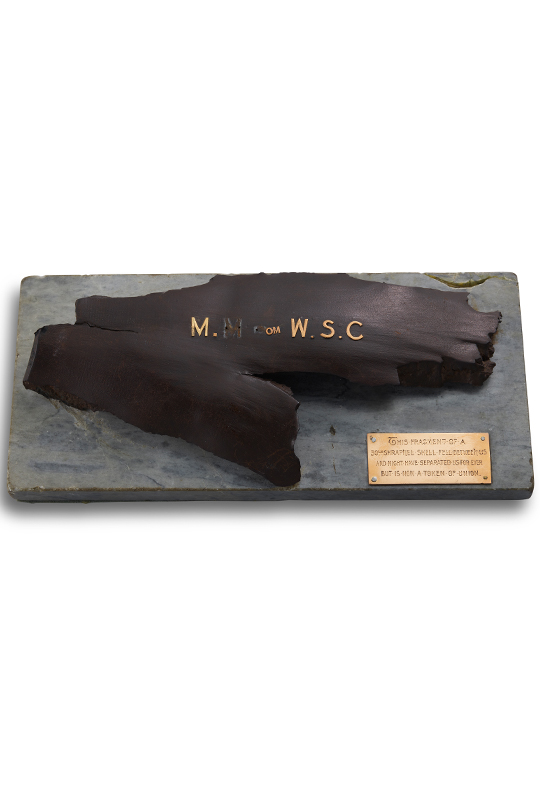 Fragment of a shell which narrowly missed Winston Churchill and his cousin, the 9th Duke of Marlborough, during the Boer War in South Africa, 1900. They both kept a piece as a souvenir of their escape and as a token of their lasting friendship. 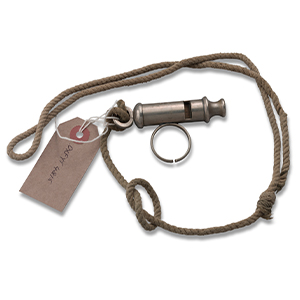 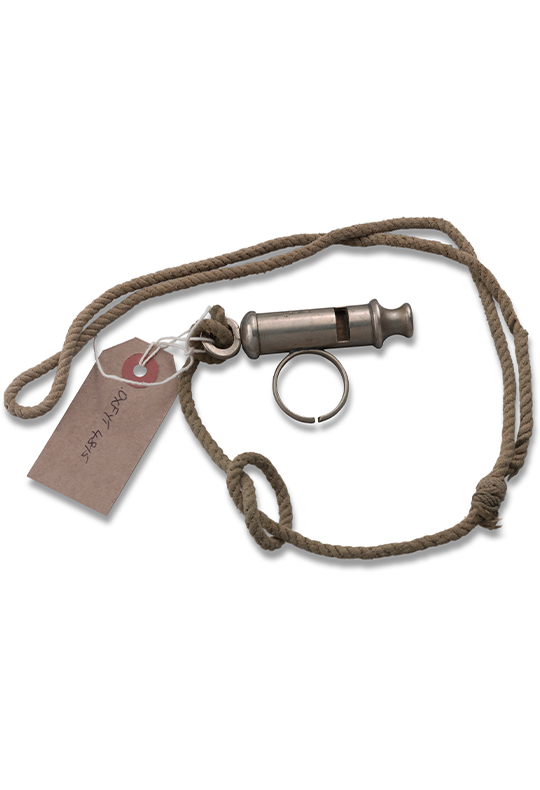 Cavalry whistle used by Winston Churchill. These whistles were used for signalling during the Boer War and First World War.