WHERE IN THE WORLD 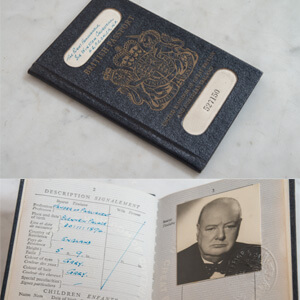 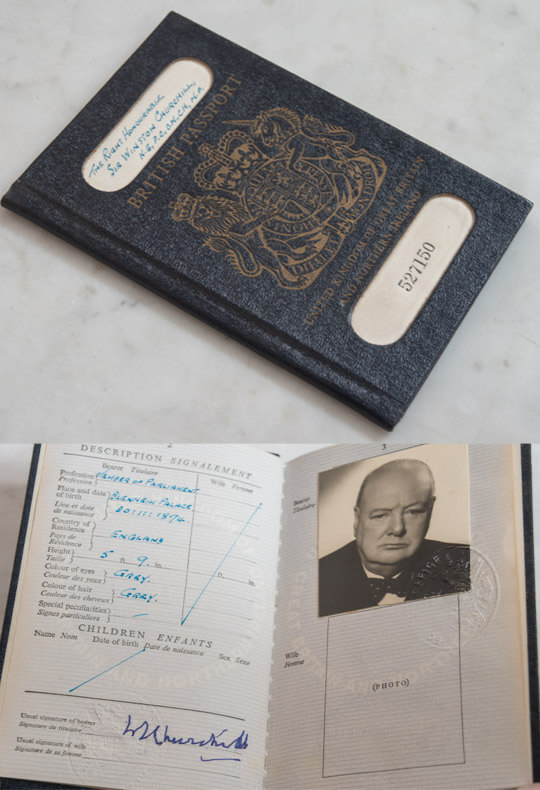 This is Winston Churchill’s British passport, issued in 1963. It states his place of birth as ‘Blenheim Palace’ and also lists his occupation as ‘Prime Minister’. 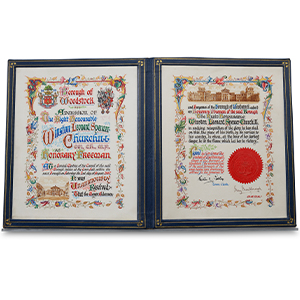 Certificate granting Winston Churchill the Freedom of Woodstock,. Woodstock is the village closest to Blenheim and this was an honour to recognise Winston’s lifetime achievements. It is signed by Mary, the 10th Duchess of Marlborough, who was also Mayor of Woodstock at the time. 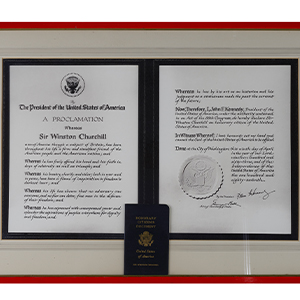 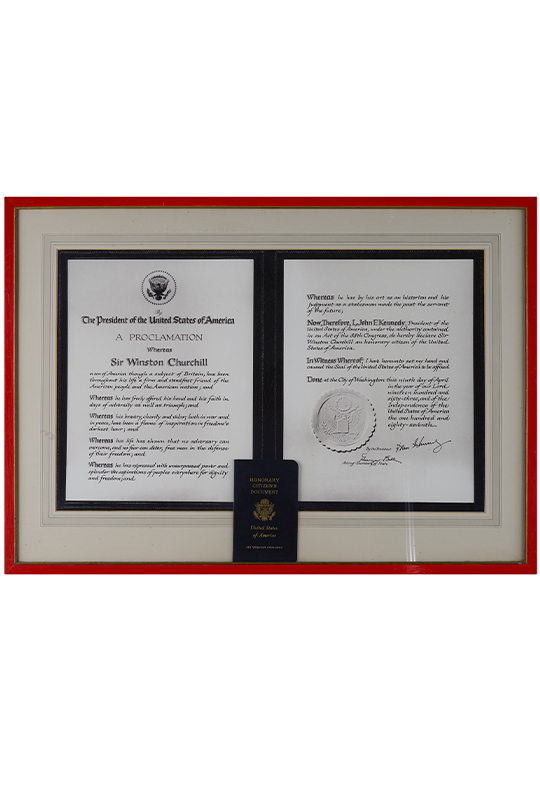 A document granting Winston Churchill honorary citizenship of the United States of America in 1963. Churchill had an American mother and so was half-American. This award gave him full rights as an American citizen in recognition for his political friendship towards America through times of war and peace. It was awarded by President John F. Kennedy.